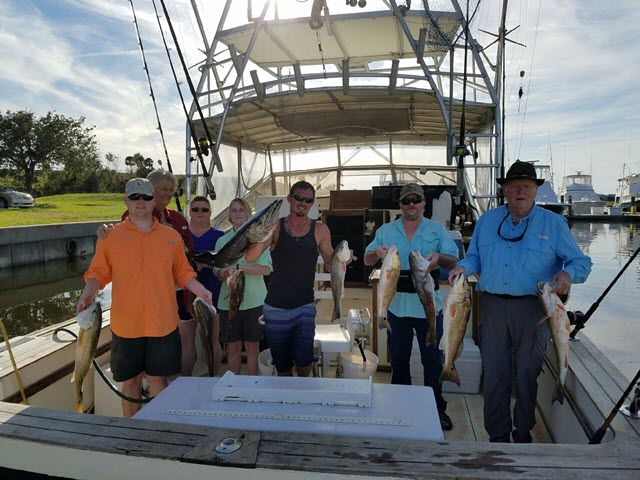 The Summer months have had some great days for fishing Amelia Island.

Beginning in May with the start of the Tarpon migration into Northeast Florida, Pipe Dream III hooked the first Tarpon of the season. While anchored at the end of the Jetties and bottom fishing for Sharks, Redfish and Whiting, the mate baited one of the bottom rigs with live bait. Never expecting a Tarpon so early in the season it took us by surprise and never had a chance to react to the Tarpon’s leap and as so often happens with the fish’s acrobatic actions the hook was thrown.

Never expecting a Tarpon so early in the season it took us by surprise and never had a chance to react to the Tarpon’s leap and as so often happens with the fish’s acrobatic actions, the hook was thrown.

This exciting action keeps Pipe Dream III moving forward and it wasn’t long before the King’s were offshore for some trolling action. 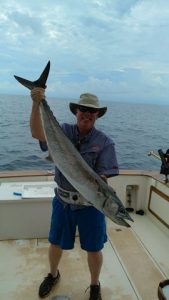 This has been an exceptional season for Kings for Pipe Dream as well as all the other captains.

The Kings stayed in the area and as long as the seas cooperated we could get offshore and catch many as we had short strikes and with the warmer water temperature, the Sailfish and Cobia also were striking the slow trolled King baits.

Recently on one trip we boated 4 Cobia, released 5 Cobia and put 10 Kings in the box.

The Offshore Bottom fishing has been red hot with limits of Vermillion Snapper, Large Trigger Fish, Grouper, Amberjack and Cobia.

Get Ready for the Redfish

As we approach the end of summer the Bull Reds will be migrating out of the back water and staging at the jetties getting ready for their trip farther offshore to congregate on the wrecks. 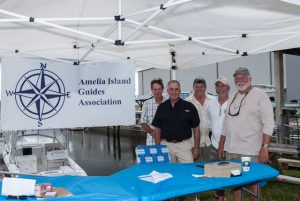 This is the time for some great action on some 40 lb. Redfish that will test the best anglers and give the beginner a real fight.

On September 9, 2017, The Amelia Island Guides Association will be sponsoring their annual Redfish Spot Tournament.

It’s a $40.00 entry fee with 100 percent payout of entry fee monies and benefiting the Folds of Honor.

Come on out and join us for some great fishing action, great prizes and a lot of fun at The Amelia Island Marina.

Pipe Dream Charters is looking forward to some exciting action with the Fall months approaching.

We will be chartering for fast action in the Gulf Steam with the migration of Wahoo, Mahi and Tuna.

So Book Your Day Now to get in on these action packed days!